Could a major Hollywood star be kidnapped on Oscar night in a drug war of revenge against the United States?


"This book was provided by W. F. Walsh in exchange for my honest review alongside my proffered thank-you for asking."

Second-in-Command Guillermo Medina is hosting a Christmas party in the Mexican city of Chihuahua and is awaiting the arrival of Enrique Vega the boss and patriarch of Cartel Este. A powerful cartel that surpassed even the likes of Pablo Escobar of Colombia and Arturo Beltran of Mexico.

After Vega's arrival with his own protection detail and armored car they mingled with 50 or so very select guests. Meanwhile just over twenty miles away from the drug lord's compound, a tactical team was organizing their last minute details. A joint drug task force made up of U.S. DEA, ICE, and Mexican Policía Federal Ministerial.

With two groups, one for ground and one for air, they closed in as stealthily as possible. “Raid!” was shouted by Lorenzo Diaz, Enrique Vega’s lead bodyguard. Quickly Vega is rushed into a secret hiding place.

Guillermo, his bodyguard, and Raul (the son of Enrique) knew the focus of the search was on Enrique. They knew they would only be a bonus if caught. They slipped out into the night threw a bathroom window and landed behind the Blackhawk choppers that brought in one of the teams. There were only two pilots inside. They were taken by surprise and with a quick bullet to the throat of the pilot, Guillermo ordered the copilot to “Fly!”

After years of watching Enrique for drug trafficking, money laundering, prostitution, and murder from U.S. and Mexico officials, Vega was captured after excellent descriptive writing of cinematic action while at the compound. Vega is arrested and flown to an American Naval Brig in South Carolina to await trial. Goose Creek, South Carolina, is a small town just outside the coastal city of Charleston. Known more for its southern charm and Lowcountry cuisine, most tourists have never heard of what locals call “The Creek.” Being such a high profile prisoner, the guards knew he was classified a “special handle” and “ad seg,” indicating administrative segregation, keeping him away from all other inmates. The Department of Justice tagged him Prisoner No. 212-212. To them, he was just called 212.

Red Carpet Ransom starts off here and from there the ride continues. With not giving a "summary" of events in the book and being laconic to such a great read, I would rather let my audience know this multi-twist novel is far from being mediocre. The book is always more colorful than the movie and this one stands to reason. Get your ticket early!

All the characters were described in Red Carpet Ransom expertly so you have a full understanding of their bio/profile.

The make-up of Red Carpet Ransom consists of 40+ characters, one in particular having a dual role that I wished had a better outcome for the reporter of stature - my favorite character - Brad Stanley, a 28 year old reporter for the L.A. Star. He kept his P's & Q's in check with his resources while coming across a scoop that will be a huge international news item. His photographer 32 year old Alonsa Belinda Alvarez was already at the scene taking shots:

"...“I’ve got a nice shot of the body with his hand sticking out from under the tarp,” she said to Brad as he took notes and looked for other possible witnesses. “It’s got a wedding ring, so that yanks at the heart strings.”
“You’re colder than he is, Alonsa,” Brad replied using his eyes to point to the dead body now mostly under a crime scene tarp. “Beat me to the scene again too.”
“I’m on it like a cheap suit, Brad. Just here to make your story look good,” she said with a sarcastic tone most photographers used with reporters.
The two continued ..."

Special Agent Jake Stein of Homeland Security Investigations/ICE is engaged to be married to Claire Wilson, a Secret Service Special Agent - their world and their wedding day are both put on hold and might not even be when Cartel Este kidnaps a major Hollywood star on Oscar night to hold for ransom until Vega is returned or the actor will die.

The writing of bombings, murder, kidnapping all going on when Enrique is captured leads to the very believable scenario that drug cartels can be ran from behind prison walls. Especially when they have worked on getting the right people in the right places - including government positions. But loyalty is not always guaranteed. Even inside cartel organizations guarantees do not come with warranties. Raul and Guillermo find that out first hand. Communication is key in any organization. On both sides of the law.

I loved the mult-twist turns throughout the story and you may be surprised even to the point of being shocked when you find out some of the outcomes. Walsh's knack of not letting the reader know what is around the corner, this book compares to others in this genre of being superb. He keeps you engaged and turning pages.

One of many scenes I enjoyed was in Chapter 11 Eye For An Eye. "...It had taken seven months for the CIA to get an agent hired as a valet, but persistence paid off. The very fact that Guillermo frequented the place once a month or so gave them the luxury of time to make it work..."
Things don't go according to plan even after watching for months and you know this is the pattern.

His writing of particulars that are known to the area where scenes take place are spot on. The geography, people, food, economics are all done with deft intelligence. Including "behind-the-scenes" knowledge of military agencies that we all depend on when justice needs take center stage.

In a consistent theme of multifaceted events that pertain to government drug wars, there are many sub-plots throughout the novel and are all tied together nicely in a third person omniscient package. Walsh demonstrated a commanded of the subject-matter.

For me the structure of the novel was created extremely well. Walsh moved seamlessly throughout describing settings, characters, time, and events in a very controlled pace with a slight rush.

The ending made perfect sense, and in that sense, was satisfying knowing this happens in the real world.

This is an excellent read. Noah Webster needs to redefine the word kudos to give this novel enough praise. Oxford too.

Here's where you can get your fingers on Red Carpet Ransom: 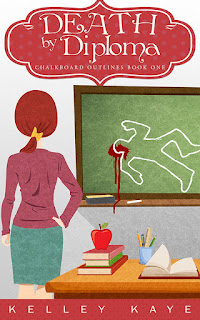