That's what Daddy called it when you did something to keep your mind off your most worstest fear ...


Last Thursday, my sister-club the Rookie Bookie's and I got together and whistled past a graveyard.  Susan Crandall's graveyard.

There were a few in total agreement with Karen White - Sea Change 2012, - this read is destined to become a classic.

Whistling Past The Graveyard is a nine year old's POV look into race relations in the early '60's.  With spit fire red hair and an innate drive for seeing justice through, Starla Claudelle is a drive herself through this read.

When Starla Jane Claudelle! broke Jimmy's nose, (page 9) this story took off for me.  In regards to her reasoning, I wanted to see more of how her personality is depicted in the tale.  Reading how the little 'shitbird' excersized her innate ability to see righting the wrong, was fun to read. Yet and so sad in a comical way, her sassy mouth is not in sync with it.

Starla is growing up with her Mamie in Mississippi, while her Momma left to become a singer in Nashville and Daddy is working on an oil rig in the Gulf of Mexico.

Her tongue has gotten her into more trouble than Mamie likes.  Teaching Starla the ways of being a lady (and mostly just staying quite and out of the way) will be an uphill battle.  After Starla broke Jimmy's nose, she was restricted to her room/house and - it's the fourth of July to boot.  The festival is happening and it is, the best time all year in those parts.  Oh hell!

Mamie went to the festival.

Afraid of being sent off to reform school from her continuing bad actions (according to Mamie of course), Starla breaks free and hits the road toward Nashville to find her Momma.  Then Daddy and Momma and Starla could be a family again, and of course, live together happily ever after and enjoy Momma's stardom.  Yes, that's right, a fairy tale.  Ahh - no. (no spoiler)

On the way she meets Eula, a young black woman who has appeared to have kidnapped a white baby.  Eula talks and brings Starla home with her at least for some dinner then tomorrow, yes tomorrow, sounds better to take off for Nashville.  Eula's husband, Wallace, is one worried character.  Personally, I don't think he would ever have found peace.

On this journey to Nashville, Starla and Eula experience adventures that were live and kicking of racism back in '63.  This is some beautiful writing.  I'm sitting here imagining the fear & anger & acquiescence that went through Eula at times throughout the story.  These two characters are shining stars in Mississippi.  You gotta pick this read up folks.

They run into problems on the way as you can imagine, and Starla gets slapped smack dead in the face of actual real-life situations.  Her "red-rage" (as her Daddy called it) spirit runs free and Eula pours out her own personal maternal love to cover some of the outcome.
Eula being through her own hell before Wallace's, she is a character detailed so nicely - you can feel her emotions.

Starla, herself, is a star in this future classic.

I could write and go on about my issue with Mamie keeping Starla's momma's letters and packages from her, the carnival's, the Jenkins boys, Miss Cyrena, Patti Lynn, Daddy, Starla's Momma  -  all these character's and issues  -  but, I'm going to let Susan tell you.

This is one hell of a read.  It was a hell of a roadtrip for Eula, Starla and baby James.

Susan Crandall's tone covering this theme of racism and friendship is spectacular.  The dialog for each character was absolutely distinct with its southern patois penned at the right moments I felt.  Her atmosphere she built, sure I was in the south.  What made this book for me was the POV.

I most recommend folks, most.

Here's where you can get your fingers on Whistling Past The Graveyard: 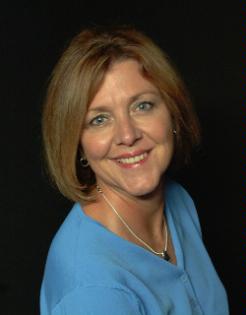 Unlike so many writers, Susan Crandall did not emerge from the womb with a pen and paper in hand and a fully formed story in her mind.  Instead, she was born with an incredible love for books.  This must be genetic, because her father and now her son, both hated school, but are somehow addicted to books.

For much of her young life, even those exhausting years when her children were young and Susan worked in her previous profession (yes, the rumor is true, she was a dental hygienist) she was an avid reader.  Susan has always been fascinated with words - those of you who catch yourself reading the dictionary when you cracked it open to look up mesopelagic you just might have a writer hiding inside you, too.

Then, her younger sister admitted that she'd been writing, secretly of course.  That admission led to Susan editing her sister's work (as the older sister, Susan was never short of opinions to share).  Then Susan and her sister co-authored four novels, none of which were published.  Her sister decided to move on after those four books, but Susan was totally addicted.  She'd learned too much about the process of writing, the craft of storytelling and the world of the written word to give it up.

BACK ROADS was Susan Crandall's first solo work, her first published work, and her first award winning novel, winning a RITA for Best First Book and two National Reader's Choice Awards.
Susan grew up in a small Indiana town, married a guy from that town, and then moved to Chicago for a while.  She is pleased to say that she has been back in her hometown for many years and plans to stay.  She and her husband have two grown children.  "They make me proud every day," Susan glows.  "My son, who has the heart of a poet, is also a writer.  My daughter, who is both beautiful and brilliant, is about to take her first steps into the working world of science."