"This book was provided by Tony Wirt in exchange for my honest review alongside my proffered thank-you for asking."

Ever finish one of those novels and say, damn, that was a good book to yourself while you shake your head in slow approval as you broadcast the word wow?

Well, it's partly due to one of those endings folks.  One of those that you bark aloud - Wait, What, What!  The world does seem that it actually stops for you as your eyes scurry the read so they can slow your emotions for you - (nice how God put us together.)

Aptly titled, A Necessary Act, will induce page-turning excersizes for your thumb and fingers as you read, hell, along with a few of those sudden poundings against your rib cage - either from your lungs gasping for a quick breath or your heart smashing up against it.

Midwesterner Tony Wirt takes his pen and gives you a debut that you will not put down.  I have looked back at this read and smell awards.  If not, in tales to come - bet me and lose, your call.

I apologize here for the mild spoilers you are about to read, my mind was in a zone, though now, I would like to put forward a review for your enjoyment.  So, please, have your munch ready and drink within reach, let's let Tony tell you a story  ~


Personally folks, if I were David? I would keep an I on Scott too.  Wouldn't give a rat's ass if Matt wouldn't care less.  Matt wasn't there, but David Rowe remembers what Scott did.  And now this?, he could have killed her.  In fact he's pretty damn sure of it.  David knows Scott Alston will someday actually kill someone.  He explains to Matt the FBI listed 14 traits serial killers supposedly share.  Scott has every one.  And hell, the things he did as a kid.

For most high school kids in Lake Mills, the weekly hangout was the Wreck.  Here you'll see quarters lined up on the rails and you hear of bets and dares being placed, balls cracking, and music blaring off the jute-box - this dive - was ran by good ole' Woody.  Adrenaline rushing because you're kickin' ass on the table and getting away with drinking something like PBR's, but in this case, Busch Light, and someone always remembers to warn, wearing the look that it came from the deepest source -  Man, the cops are going to be here this weekend for sure, but, they never come.

Matt Carlton came across Scott Alston rough handling his girlfriend Amy Martin in the alley behind the Wreck.  Seeing the way Amy's eye's were bulging from the grip and hearing the calm eeriness in Scott's voice in the alley that night, David was right.

Like any average American high school, Lake Mills High had the same mix of kids as any other: Nerds, cheerleaders, bullies, goody-too-shoes and the ilk, with a couple of good guys here and there.  Couple of bad guys here and there.  And maybe a few of you could attest, as classes came and went sometimes with those fears riddling through you - Oh man, he's going to be waiting for me when the bell rings.  This is the atmosphere your surrounded with as you head for the auditorium at 12:30 for a special announcement.

After David hearing the news from Principal Donald that four year old leukemia plagued Leah Peterson and her mother Kim were killed before school this morning, the rest of it was a bit foggy - another lay in coma ... student Scott Alston.

Turned out Scott ran his Mustang head-on into their van when Leah, sporting her Team Leah T-shirt and her mother were heading to Mason City for a doctor's appointment.  Scott was on his way to school.

Yeah, the bully came out of his coma - eventually.  His parents Pastor Len and Cathy Alston prayed like mad and Scott did heal enough for Winnebago County Attorney Brian Lentz to send him to prison.  Oh David remembers what Scott did to that cat.


How in the .... Why am I, ....  Well, I'm here.  Despondent Matt Carlton is back in Lake Mills after "corporate down-sizing", but he as a character, has moxie and lands a job at the Graphic-Glimpse weekly.  Bill Harris, the Editor/Publisher/Writer/Photographer/Ad Salesman and anything else Lake Mills Graphic-Glimpse might need will be his boss.  He's been doing that for the last 50 years or so.

Life back in the small town did have its changes.  Though few.  Some practically never changed, like Sheriff Ed Schwab's post.  He's still there.  And good thing, there's been a murder.  Now, another.  Same kind of way?, kind of?

Matt runs into old friends/acquaintances, David seems a bit aloof.  Turns out, David keeps a low profile - been keeping an eye on Scoot Alston ever since he was released early for good-behavior.  Yeah, Scott keeps to himself and his parole officer has no complaints.  Goes to church every Sunday.  Takes good care of his mother, especially right after that fender-bender she was in.

"Big-City" reporter Matt Carlton has the scoop that is going to be his ticket out of Lake Mills.  Maybe, even a book deal.  It is eerily strange to him the victims seem strikingly similar.  He's thinking serial-killer.  Damn, what a scoop - in Small Town, USA.

Here, where you as the reader, you're really not caring if you ran out of your munch or your drink is dry.  You have to find out how Tony Wirt irons out and ties all loose ends together.

As a reader who enjoys atmosphere, pace, character growth/development, pages that grip one after another and that sweet Hell I go through, a momentarily lapse of insanity that is peppered with madness enveloping my brain as I'm trying to figure out the ending before it comes and then -


Here's where you can get your fingers on A Necessary Act:

I got my first taste of publication in first grade, when my essay on Airplane II: The Sequel appeared of my elementary school’s Creative Courier.

Questionable parental movie supervision notwithstanding, seeing something I had written in print was invigorating. So after spending my formative years running around a small town in rural Iowa, I enrolled in the University of Iowa and eventually picked up degrees in Journalism and Communication Studies. During that time I also spent three years writing for the Daily Iowan.

After graduation crossed over to the media relations world in the University of Iowa Sports Information Department, where I spent nine years on the road, running stats and frantically writing postgame stories before the team bus left.

I only got left behind once.

Marriage and a baby made road trips an impossibility, so I thought the life of a stay-at-home dad would be the perfect way to finally write that novel that had been bouncing around my head for years.

How cute is that?

Needless to say, caring for a 6-month-old leaves precious little time to breathe, let alone write. I was barely able to keep up with the fake blog I decided to make for her at 3 a.m. the day she was born.

But despite being parented by me, the kid got older and my novel idea poked its head out from under an avalanche of dirty diapers. I was ready to start writing.

Just in time to find out we were having another kid.

This time I knew what I was getting into, however, and I hustled to get whatever I could down before the next avalanche arrived. It was about 14,000 words, and it wasn’t good, but it was the seed from which A Necessary Act grew.

That was six years, six drafts and a move to Minnesota ago. There were plenty of detours along the way, including a stint writing opinion pieces as a member of the Rochester Post-Bulletin’s Editorial Advisory Board, but I finally got the book done.

I can’t say if it’s good or not—that’s your job—but it’s full of the things I like. Creepy bad guys, twists and bad decisions made for good reasons.

Enjoy my interview with Tony Wirt 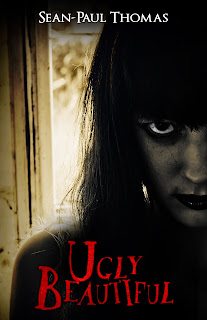