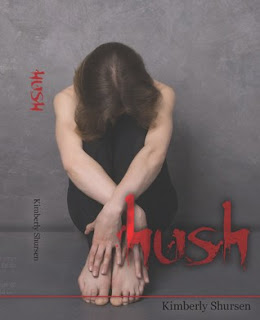 Behind every silver lining are shades of gray.


Read for my curiosity


Hush will take you on a journey of an unbelievable path destined to destroy your path to an ever-lasting blissful life.

Kimberly Shursen takes her pen and gives a reader pause.  She makes a reader reflect, some soul-search, feel, others may stay aloof for reasons of their own.

there you go.  Now, first off, I would like to thank you, Ms. Shursen, for another astounding read and a look into your writing style.  You are one hell of a captivating artist writing topics most times society carries with a hush.

Folks, Kimberly Shursen is an Indie author introducing you into a world of thrills and chills and suspense - living in an element of absolute freedom from reality - then closes into a world of pause, then, reflection.  In all her novels.

Lottery, was the first book I read of Ms. Shursen's work.  A beautiful dark and macabre thrilling ride into a look of madness - a madness that as I read the trilogy, the description of what this disease did to a family spanning three decades was packed full of  twists of thrilling suspense.  Super good read, incredible.  I read her next book, a psychological thriller, Conviction and now I see how she's writing.  The way she was penning these topics, these controversial topics, I had to read her debut legal thriller Itsy Bitsy Spider.  I see a flair.  Now folks, Hush ~ ...

Here's such a sad story of a couple, Ben and Ann Grable with a family in mind, but, ended on opposite sides in the courtroom.  The idea/theme here, I can hear some folks would be saying - let's get real here.  You know damn well these circumstances exist.

The subject manners of abortion, divorce, incest, drugs are all under different views from the hoi polloi - even Ben and Ann each had different views.  The completely unexpected twists before and /or after the build of suspense are pretty much a trade-mark of Kimberly's.  This elixir of thrills are throughout her novels.  In Hush, there might not be a 'right' side to the view, except for the matter of the fact there is a right side.

Not going into the story itself here folks.  As I have touched on her writing style, rest assured Hush is another phenomenal time for you as a reader of thrillers, killers, and chillers.  Her suspense is a bit more than palpable, rather, palatable.  Controversial genres - I think Kim, you're starting a new category.

Hush will take you through an opinionated debatable emotional time.  As you could probably attest to from the aforementioned topics, with an ending that will be satisfying, reason being - it will give your cognition something to do.


I most recommend.  This novel and her others, and man, I really loved her Lottery series.  That son-of-a- ...

Here's where you can get your fingers on Hush:


Looking forward to her paranormal thriller Miracle in 2017

Thriller/mystery writer, Kimberly Shursen, began making up stories in grade school. Growing up in a small town in Iowa with a population of 2,000, imagination not only became her entertainment, but a passion.

After graduating from a private college with a BA in education, Shursen began writing a musical. Five years later she presented the music, book, and lyrics to private investors. The play premiered in Minneapolis, Minnesota and later opened in Sweden.

Knowing her passion had always been to be an author, Ms. Shursen left her position as a marketing director to pursue a full-time career in writing. She has yet to regret the decision.

Shursen's debut novel, political thriller ITSY BITSY SPIDER, was voted one of the top two thrillers of 2013. Legal thriller HUSH was published in January of 2014 and a top pick for Underground Book Reviews.

Kimberly Shursen's psychological thriller series follows the lives of a family caught in the web of a malevolent mental illness that spans over four decades and two generations. LOTTERY, SON OF CALEB, CALEB'S LOT, are available  ~  Amazon 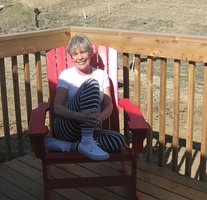