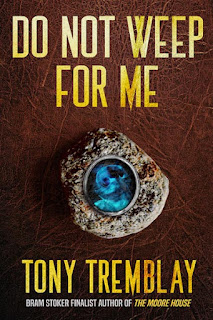 Before you go off to another site - 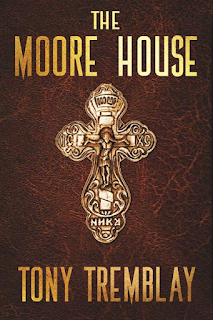 About Tony's, Bram Stoker nominated debut novel
The Moore House
Think of all the scary stories you've read about demonic possession
Remember all the horrible scenes you have seen in horror movies
This will be worse
My review
Deep within Tony's dense imagination: 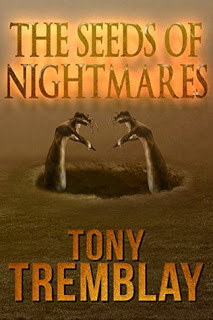 The Seeds Of Nightmares did not bring the reader into the story,
it brought the story into reality for the reader.
My review along with his interview
&
This link is what I had to say on one of his many short stories, one
that is part of a three-part series The Terror Project, titled Steel 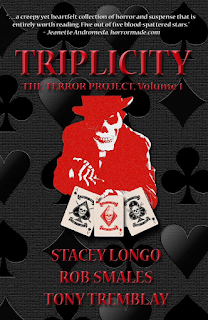 Go ahead, pick a story, any story
you'll be glad you did
Triplicity: The Terror Project Vol. 1 by Stacey Longo / Tony Tremblay / Rob Smales ~ 2016
✒ ✒ ✒
And for a beautiful cause folks, you'll find his short story Blue Stars appearing in Now I Lay Me Down to Sleep, a charity anthology benefiting the Jimmy Fund / Dana-Farber Cancer Institute 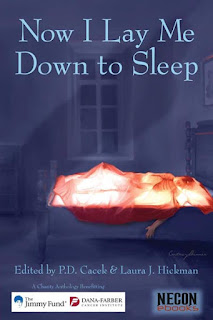 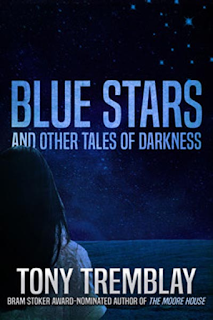 My review of Blue Stars
and Other Tales of Darkness
Tony's short-story Fake News appears in The Dystopian States of America, a charity anthology benefitting the ACLU Foundation 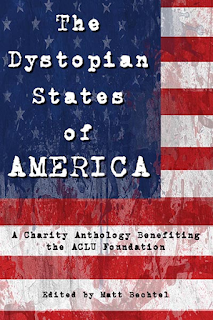 Wanna be intrigued?
Here's my review
Folks, do enjoy ~
✒ ✒ ✒
Reviewed by Jeff Kivela