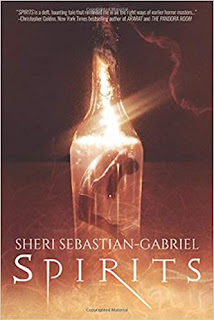 
Without my stack collapsing, this was ripped from my TBR list ~

Victoria Garrett, is also known as Tori throughout the tale, is a young woman not being able to live with the fact she hit and killed a teenaged girl, Lexi Perez, with her car. Turning to the legal medicinal liquid to quell her pain, liquor, she quickly spirals downhill and her life becomes a weekend read that will envelop you fighting for the protagonist.

Becoming a self-induced souse, Tori loses her prestigious VP job, and not wanting to listen to all the gossip from her 'so-called' friends at work, she decides to get away from it all. To a memorable place from her childhood, Cape May, New Jersey.

But, before she goes, there has been a stalker stalking her for over a year. And, this stalker she knows all too well. The mother of the child she killed, Carla Perez. She's been watching Tori, seeing what her life became after the so-called 'accident' and it was plain to see Tori was drinking to excess. Why? Carla ran a few ideas through her head, but still, those reasons still didn't add up to equal justice in her child's name. Carla comes face to face with Tori one night in a lounge, "My daughter died, and you walk free, living life like nothing ever happened. ... "I ought to beat the living shit out of you," Carla growled.

Carla Perez had other plans, she went to see Miss Tanuja. A West Indian lady living in the inner city. Miss Tanuja asks what she needs and after a moment, "Revenge.", Carla wants revenge against that bitch who took her baby from her. Miss Tanuja asks Carla if she is familiar with bhoot. A Spirit. Soul. Ghost. Yes, ghost. After instructing Carla on how this bhoot could terrorize and haunt and letting her know of its limitations, Carla took herself on a mission.

Now, Tori believes she can get her life back on track and continue life in a some-what respectable way in Cape May. It is during the off-season for the tourists and some elbow space is what the doctor in her has ordered.

She arrives and spots a B&B called the Seaside House. It is run by a motherly older lady by the name of Amelia Warren. Now, Amelia came across to me as a fragile little old thing and (no spoiler here) has a backbone. And a strong bone that is and more than likely a foot that will kick you straight from where you came from if ever you cross her path. I personally like people like her.

Amelia is lonely and she is heartbroken after the death of her husband from the Big C, cancer. Tori asks if she was taking anyone in and after the two of them settle on a price, Tori lugs her one piece of luggage inside. Now, it's off-season, and not too many folks are around and Amelia is thinking she can become friends with Tori. She quickly finds herself with a loose cannon. Tori is losing all sense of reality as she immerses herself deeper and deeper into her drinking habits.

This tale is filled with demons you see being so damn drunk all the time. Some real, some not so real ... or are they? Tori finds herself surrounded. And it's driving her mad. I personally could see Carla smirking in the background. Wait a minute, is it Carla or is it Tori's reality?

Spirits has a handful of characters that play well together in the story-line. One, in particular, is a gentleman running a comic shop by the name of Chris Silver, a.k.a. QuickSilver. He has this innate desire to right the wrong he sees during his trek in life and it gets explained why in a heartfelt way. He becomes a favorite character for me during this read. It is the most upstanding way of how Chris and Tori meet for the first time. Years later, their paths cross again and Chris believes he can save her from the Hell she is putting upon herself.

The sub-plots work nicely within the story folks. Also, with all the characters adding for a fullness, you can rest assured the settings and atmosphere narrative are there in the read. The theme of this tale Ms. Sebastian-Gabriel nails it, as I have seen some inebriates demonstrate. So, I believe she is spot on.

This tale is more than a ghost story folks. It is a tale of a surreal look at addiction and how one is coping with guilt. What was very well done, it is written with, I believe, an intentional sense of getting close to the reader's emotions and feelings. Seamlessly, you are wrapped in some parts of the story of what Tori is going through. Kudos on those notes.

The ending leaves me to believe there is another story with a certain character. And with the MC, Tori, I don't know how to say what I believe without giving the ending away. So, I'll just put a cork in it and let it ferment with you all.

Here's where you can get your fingers on Spirits:

Sheri Sebastian-Gabriel's fiction has appeared in a number of anthologies over the past decade. Her debut novel Spirits was released in July 2019 from Haverhill House Publishing. She lives in the Northeast with her partner, the writer Matt Bechtel; her three children; and an 80-pound lapdog named Nya

You may be repelled, you may be shocked, you will certainly be horrified, but, you will read every last word. This is NOT our f... 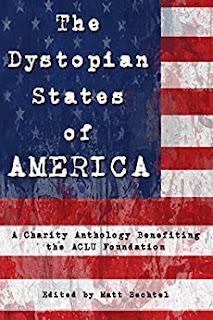