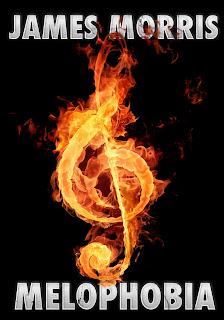 "Music gives soul to the universe, wings to the mind, flight to the imagination and charm and gaiety to life and to everything" - Plato


"This book was provided by James Morris in exchange for my honest review alongside my proffered thank-you for asking."


Could you imagine a world without the sounds of a soothing symphony caressing your ears or a toe-tapping jingle that puts a smile on your face or a tune where you have to get up and dance the night away or while your waiting at the traffic light, no ear-splitting bass coming from the car next you or ... could you?

You'll have to folks or be prepared for The Patrol.

Kindle Scout winner James Morris spins a tale about music and whether you are playing it, singing it, recording it, distributing it, or even listening to it has dire consequences you would have wished never came your way. Those that are caught are re-educated, or “Re-Edged” using 4 different levels of punishment. Each level increases in severity, depending on the penalty.

Merrin Pierce and Anders Copeland who work for The Patrol, a department ran from the State to put an end to all forms of music, continue their quest with the War on Moral Decay. They even visit elementary schools making sure the children are understanding music is bad and as Anders declares, "It is a sickness and we want to make people better."

After becoming a top dog in her field, Merrin and Anders hunt for the main distributor of illegal music who is dubbed The Source. The Source, or as Chief Salem puts it, is Public Enemy Number One and must be eradicated. They must plug the leak.

Her father, Tarquin Pierce, is the Minister of Broadcast Standards. "Music makes people do awful things." So, all music must go through his office for approval and as long as the pre-approved Musak incites no passion you're good to go.

Tarquin's right hand man, Rowan Sol, mixes Musak for Tarquin's approval and this clean cut young man is the exemplar of what the State likes to see.

Merrin, who goes by the undercover name Melody, finds people all around her wearing two "faces". She and Anders infiltrate underground 'clan' meetings to get to The Source and find there are many people they know who are there listening, admiring album covers, and dancing. Even her best friend Cassie is there indulging in criminal behavior.

Throughout this novel, Merrin finds herself going down memory lane and questioning her inner principals and beliefs. A bit like a love story, Merrin finds love going awry and a true love that will never be felt and - is it even fathomable?? her love for music, what?!

The Source is organizing the greatest concert of all time and as this story comes to a tension filled climatic ending, with the elite Strike Force of the Patrol homing in and chaos erupting all around, is this "...the day the music dies..." or are Tarquin Pierce and the State face with what they have coming to them?

Melophobia makes you aware of all the music that is around us. Whether you have an affinity for jazz, rock, country, classical, blues, or any of the other genre's you'll appreciate your choice a hell of a lot more.

The setting in this novel is of a pure dystopian realm. James Morris had created signposts that make you turn pages with hope running through you at a very controlled pace.

The character development shows how you should be true to yourself and accept others for who they are. Their dialogue and inter-dialogue represented folks making dire decisions on what is permitted and not permitted in this insane land of no music. Takes everyone to make this world go 'round.

Folks, if you love music and what it does for your soul, you'll love Melophobia. What I really enjoyed in this novel are the many citations of artists and their songs and I kept saying to myself, "...put another dime in the jukebox baby..."

James Morris, a former NBC television writer, has segued into the Digital Media world with the utmost inventiveness in grabbing the reader into a dystopian world I personally don't want to be in. This novel reintroduced my love and appreciation for music tenfold.

Here's where you can get your fingers on Melophobia: 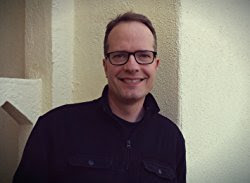 
I am a creative professional with over ten years of experience in digital, business and creative writing, providing cross-media content solutions.  As a former television writer with produced credits including “Smallville” and “Crossing Jordan,” I worked with a team of writers pitching, crafting and following ideas from concept to script to final episode.  This necessitated the ability to deliver within tight deadlines, on budget, while integrating notes from various stakeholders.  I love brainstorming ideas for seemingly intractable problems.

I have since entered the digital world and worked with companies such as NBC.com and the health care industry copywriting, blogging and editing.

I have also taught screenwriting at UCLA Extension, which focused on the art of short films, where through lectures, assignments and screenings, I guided students towards the completion of a short script.

I continue to learn about the ever-evolving world of social and content marketing, and my goal is to take my love of storytelling and help corporations tell their own stories, as well as continuing to write my own.

To check out a list of my professional writing credits, check out my IMDb.com page.

An interview with James Morris 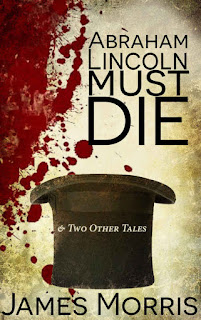 President Lincoln was a national hero – or so we believe. But the truth is more disturbing. When a visitor from a distant planet arrives during the height of the Civil War, Abraham Lincoln enlists him to save the Union. But at what cost?
In Initiation, a young boy on the cusp of puberty realizes he is changing in more ways than one.
And in Crash, a woman finds an unexpected ally at work with deadly consequences.
Abraham Lincoln Must Die & Two Other Tales invites you see the world in totally unexpected and terrifying ways.