An interview with L. M. Merrington 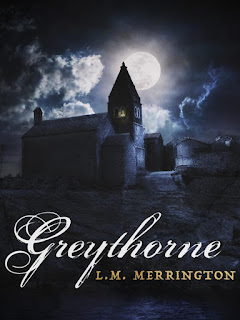 
Who are your influences?

That’s a difficult question – I have so many! I love nineteenth-century and early twentieth-century fiction, and especially stories with complex female characters. Anne of Green Gables is one of my favourite books just because she’s such a gutsy heroine. I also love Arthur Ransome’s Swallows and Amazons series from the 1930s – they’re the comfort books that I always return to when I’ve had a rough day.


Some of the influences for Greythorne include Jane Eyre, The Woman in Black, Frankenstein, Dracula, The Strange Case of Dr Jekyll and Mr Hyde and the 1896 adventure novel Moonfleet. I have a bit of a thing for Robert Louis Stevenson in general and also early sci-fi writers like H.G. Wells and Jules Verne. I also love C.S. Lewis (especially his adult non-fiction) for the way he can communicate complex topics simply in a way that speaks to both heart and head.

I’ve been writing for as long as I can remember. I remember writing a story about going to a car wash when I was about 6, and when I was back at my parents’ house recently I came across a story of around the same vintage called ‘Rose Red and the Nine Pixies’ – it was a terribly derivative (and unintentionally humorous) fairytale. My mum and I had a good laugh over that one.


From early adolescence I knew I wanted to write novels – I even submitted a (truly awful) manuscript to Penguin Books when I was about 13, and, needless to say, received my first rejection. But then life went in other directions, and although I continued writing sporadically throughout my 20s – and published quite a bit of journalism and academic writing – I didn’t come back to fiction writing seriously until about five years ago. I started hanging out with a bunch of other writers and artists who really encouraged me and helped me learn about the craft – so suddenly I had some technical skills through which to funnel my inspiration. It was like everything finally came together, and here we are.

How do you come up with your stories, characters, character names, POV, etc.?

I don’t really know, to be honest. Usually the characters come first, and then the plot forms around them. I like to do short character studies exploring their motivations and backstory either before I start or as I’m writing, so that I get a better idea of why they do what they do. Settings for stories are often based on places I’ve visited or read about. POV is usually developed through trial and error – though I generally prefer first-person. For some reason I get a more authentic-sounding voice when I write in first-person, although there are some obvious limitations that come with that too.

If you could actually meet one of your characters, who would it be?  Why?

I’ve got a character from an unpublished young adult fantasy novel called Dragonscale that I’d really like to meet – she’s a gutsy young woman called Sereny who is a princess in disguise. I’d like to meet her because I think we’d get on – in lots of ways she’s a more confident version of me. Although not all characters are autobiographical, I think most authors write something of themselves into their characters – either who they are, were, or would be if things were different (in good or bad ways).

Do you work from an outline?

Sort of. I used to do very detailed outlines and world-building notes, but then I found I put so much energy into the backstory that by the time I got round to writing I had nothing left. So now I do a very rough outline – sort of waypoints – so that I can see where I need to go and then let the story take care of getting there. Half the fun is going along for the ride.

Tell me about your favorite scene in your novel(s).

There are a couple of fun scenes in Greythorne that I like – when Nell and Sophie go through the secret passage, and when Nell first discovers the library. Both of these have a bit of childhood fantasy in them. I loved Enid Blyton and similar adventure stories as a kid, so when I was writing about a creepy old house including a secret passage was almost mandatory. And the library scene – well, I’m a writer, so I think that speaks for itself.


I also really enjoyed writing the epilogue, although it was hard to get right. It was very interesting to put Nell in an incredibly difficult moral position and see how she’d react.

Can you tell us a little about your writing philosophy?

My writing philosophy is pretty simple: Just write the bloody thing (excuse the profanity, I’m Australian!). I think the old ‘1 per cent inspiration, 99 per cent perspiration’ thing holds true – ultimately the only way to get it done is just to sit down and do it, day after day after day. It can be quite challenging psychologically, but nothing worth doing is ever easy. And if you really want to do it you can make the time, no matter how busy your life is. An hour a day is all you need.

Have you ever tried writing in any other genres?

Greythorne was actually a bit of a break-out for me – pretty much all my previous (unpublished) writing is young adult fantasy, of the swords-and-sorcery variety. I’d never written Gothic horror before, but I’ve always been fascinated by the nineteenth century and I love the way horror allows you to explore deep psychological (and physical) fears.

Do you have any interesting writing-related anecdotes to share?

Earlier this year a woman asked me to read her teenage daughter’s story – it was meant to be written like a fairytale. There’s a line in it where the main characters get together that’s unintentionally quite dirty, just because of the language she’s used and the way it’s written – it’s all in the subtext. It was hilarious and I still don’t know how to tactfully tell her that she needs to rewrite it.

Do you listen to music as you write?

No – I’m easily distracted. My husband is the opposite – he has to have background noise like music or the TV on when he’s working but it drives me bonkers.

On the behalf of my readers, I would like to thank you Ms. Merrington for your time with us. 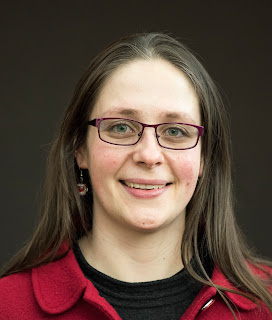 L.M. Merrington was born in Melbourne, Australia.  She has worked as a freelance journalist and academic, and holds a PhD in international relations, focusing on the China-India relationship.  Her journalism and academic writing has appeared in publications including The Age, The Sydney Morning Herald and The Bulletin.  Greythorne is her first novel, and she is currently working on an historical mystery set in rural Australia in the late 1800s.


Read my review on Greythorne