"This book was provided by Kelsey Butts in exchange for my honest review alongside my proffered thank-you for asking."


On this hard-boiled tale of organized crime, Ed Duncan captivates the reader into a twisted thriller that will fill your afternoon with suspense.

Robert McDuffie, is a failing business man / addicted gambler who owes a substantial amount of money to a loan shark, has a two-week notice to pay his debts.  Knowing he probably won't make the deadline, he sees an opportunity - seizing a pigeon-blood red ruby necklace that is priceless while being driven home one evening.

This three part story starts off in Chicago where Rico Saunders, Frank Litvak's goon, has been assigned with getting back his bosses precious ruby necklace.  And teach Robert a lesson for stealing.

After introducing the characters with vivid color and background, the story leads to Honolulu where the story gets twisted with the suspense you look for in a read.

Robert's wife, Evelyn - a college professor in mathematics, has had enough of her husband's story 'things will get better' but decides she will give the relationship a chance.  After trying for a couple of years to get Robert and herself on a vacation to get things out in the open and get that spark back in their relationship, she books a flight to Hawaii and gives Robert an ultimatum - You're coming or I'm going alone!

Well, you're going alone then.  Evelyn talks her best friend Rachel Gatlin (who has her own secrets) into taking Roberts place.  And, now at the last minute, Robert decides to tag along.

Litvak's henchman tags along too.

Here the story folds into a web of twisted coincidences.  Rachel and Evelyn decide to take in a luau one evening and during the day Evelyn runs into an old college flame. Paul Elliott, who had lost his wife, Jo-Anne, a year earlier was dumbfounded when he saw Evelyn.  Smiles all around, Paul decides to ask Evelyn to a luau.

"What a coincidence!  Rachel and I are going to a luau tonight and Robert thinks he's taking us to dinner, so I guess he's officially horned in.  Why don't we all go together?"

The luau turned into a night they would never forget.

Murder and mayhem breaks out - Evelyn and her newly found protector run and try to hide on an island in paradise.  The scenes of the cat and mouse chase need applaud.  Their thinking on trying to out-think the killer was pretty damn good.  Ed Duncan's description of mayhem in paradise gave the story the great atmosphere you would be expecting.

There are numerous characters I have not mentioned, but, each one adds to the loose ends and clarification you need to settle your anxieties during the read.

With a killer on their ass, a marriage that is over as far as Evelyn is concerned, a best friend? with secrets no longer, an old flame who becomes a protector, a priceless ruby necklace, a crime boss who could reach across an ocean to get things done, Ed Duncan wraps the story up back in Chicago with the loose ends tied neatly together giving this story closure with an approval nod from the reader.

The priceless pigeon-blood red ruby necklace - whose was it anyways?  Where did it go?
Even bad guys have heart?  No, they have their own code of ethics.  What's fair is fair, right Litvak?

There were explanations to the technical verbiage about rubies and precious gems that gave clarification on why this necklace is the star of the show.

Even though the ending wraps up the loose ends it seemed a bit rushed for me.  In some circumstances you could foresee what was going to happen, so, I wished there was a bit more enigma to the end.  This is the first book in his trilogy - it's only going to get better as the next two are penned.

Recommend?  Hell yeah, with many twists and many turns - a great quick-paced afternoon would be in store for you.  Yep, take my word on it.


Here's where you can get your fingers on Pigeon-Blood Red: 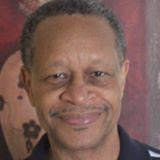 Ed Duncan is a graduate of Oberlin College and Northwestern University Law School. He was a partner at a national law firm in Cleveland, Ohio for many years. He currently lives outside of Cleveland, OH and is at work on the second installment in the Pigeon-Blood Red trilogy.